Is there anything more captivating, more wonderful, more uplifting than Frank Capra’s masterpiece, “It’s a Wonderful Life”? Probably not.

BAMMO! HA HA! I’M PULLING THE OL’ SWITCHAROO ON YOU THIS YEAR! YOU CAME EXPECTING GEORGE BAILY AND OLD MAN GOWER AND THAT DIRTY RAT POTTER, BUT THAT’S NOT WHAT YOUR GETTING THIS TIME!

Of course, you can always go back and look at my previous posts on the subject, listed here:

Instead, this year, I am going to talk about ANOTHER christmas movie wife! Now that Thanksgiving is over the xmas DVD’s are shuffling in and out of the player on a nightly basis here in the TRX household! Christmas movies enjoyed over a plate of Hickory Farms sausage, cheese, crackers and, oh, that hot mustard.

Sit back, pour yourself an adult nog and read on as we explore a christmas wife you might all be familiar with:

Played by the mighty fine looking Beverly D’angelo in 1989’s National Lampoons Christmas Vacation, Ellen Griswold may not be as squeaky clean as Wonderful Life’s Mary Bailey (who isn’t as squeaky clean as they would have you believe), but she certainly lives up to the standard of “model wife” if we go solely based on the Christmas Vacation film. I’ve seen the other vacation films, but I would have to watch them again to levy judgement against her in those films.

Ellen Griswold is a lady married to a man who leans on the eccentric side. Clark Griswold, aka: Sparky, is an average American dad in the 80’s. Tall, lanky, not very well built. He has a good job as a ‘Food Additive Designer’ for a large corporation which affords him the ability to constantly be on vacation, apparently, and to such places as Las Vegas and Europe.  Since these are comedy movies he tends to get himself, and his family, into some very awkward and unbelievable situations, and Christmas Vacation is no exception.

So what makes Ellen a model wife? Well from the opening scene of the film we find that she is a woman who not only respects her husband, but has also come to terms with the fact that her husband is who he is, wackiness and all. When Clark gets angry about some rednecks causing him problems on the highway she pleads for him to let it go and be careful, but she never becomes overbearing, even when she finds the family station wagon underneath a large truck, inches away from being pulverized.

When she and Clark have a conversation about both his and her parents coming to stay for the holidays she cautions him against getting his hopes up because he tends to build things up, but she never chides him or treats him like a child, she has genuine concern for his feelings, knowing how their family acts when they get together, and it isn’t the fairy tale he is envisioning. (She also doesn’t pitch a fit when Clarks sappy hand gets stuck in her hair. Maybe the truest test in the entire movie!)

When Clark decides to decorate the house with 25,000 twinkling lights – YES, twenty-five thousand, and it doesn’t go as planned, she doesn’t harp on him like his mother in law, she is genuinely sad for him, knowing that he just wants to give everyone a memorable christmas holiday. She even helps him troubleshoot the problem and, in the end, inadvertently solves the mystery! She doesn’t take credit for it though, she just lets Clark enjoy his moment of triumph!

Did I mention she’s really good looking, has a nice rack that’s featured a couple of times in the Vacation films AND she’s not afraid to have fun with her man, as featured in European Vacation (video does not contain anything bad but might be NSFW if your work doesn’t like you seeing a lady dance in a bath towel):

The main point of this post is that not once, not once at all, do we see Ellen talking down to her husband, berating him or trying to take over his role as husband/father/leader, even when he’s really going out there. She’s kind to him and has a genuine love for him, looking out for him and defending him from others who treat him rudely. Even when the police break into the house, in the end, guns drawn, she doesn’t panic. Its almost as though she understands, “Well, this is just Clark for you”. 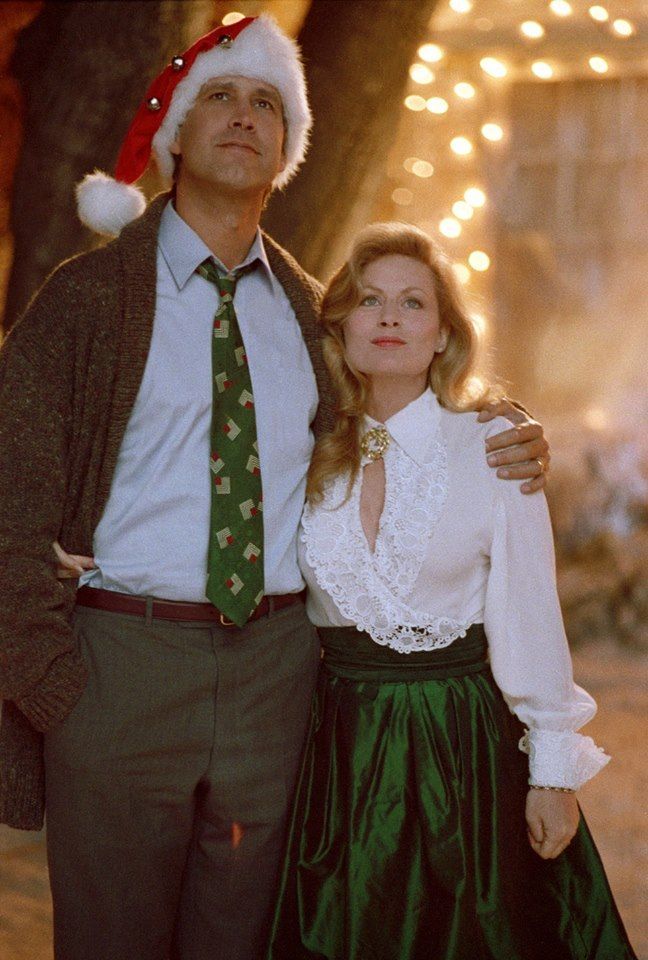 Now, of course, these are just movies, and silly ones at that, but Ellen really does act the way a proper wife should according to scripture! She tends to her husband, she tends to her house, she tends to her kids, she cooks, she cleans, she pleases her man and makes herself desirable for him to look at (Look at that Christmas dinner outfit! Just keep cousin Eddie away!). She doesn’t backtalk, though she is human and does get somewhat frustrated, but overall she’s head and shoulders above the way wives are portrayed in modern film and TV.

So be an Ellen Griswold this year and be the present your husband will LOVE to unwrap!